After a great morning hitting some photo spots our afternoon was just as full with our next stop being Spirit Rock. The historical “Corran” was the home of Alexander McNeill, a Federal member of Parliament from 1881-1901. The Corran was once a lavish 17 room mansion and now stands an empty shell of its former self. 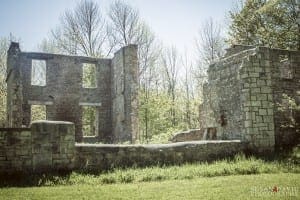 As we further explored the area we found the ruins of an old barn. 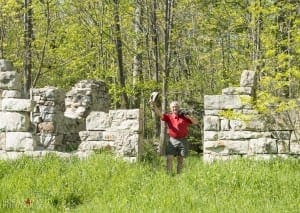 Nigel at the Barn Ruins

Nigel decided to pose for one of my shots.

Our last stop before heading for the hotel was St. Margaret’s Chapel named after Margaret, the Queen of Scotland in the 11th century. 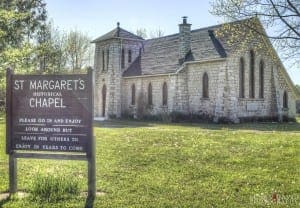 The interior is just as beautiful as the outside but I’ll let you experience that one yourself.