Nigel and I took a quick trip up to Eugenia Falls this morning. This can be a tough waterfall to photograph – you never know what the flow will be.  Today I wanted something more dramatic and not necessarily the waterfall so we walked upriver from the falls to the small cascade but the flow was non-existent. Since that didn’t work I explored the river and found myself standing  just above the plunge and took the shot below. When processing I decided that the colour version just wasn’t cutting it but once I went to the black and white version the image just popped.

We zig zagged our way home as we normally do in the hopes of finding some hidden gems we haven’t yet come across. As I was chatting and driving I saw a flash of blue fly by the windshield. Immediately pulling over I spotted the Eastern Bluebird that had done the fly-by. 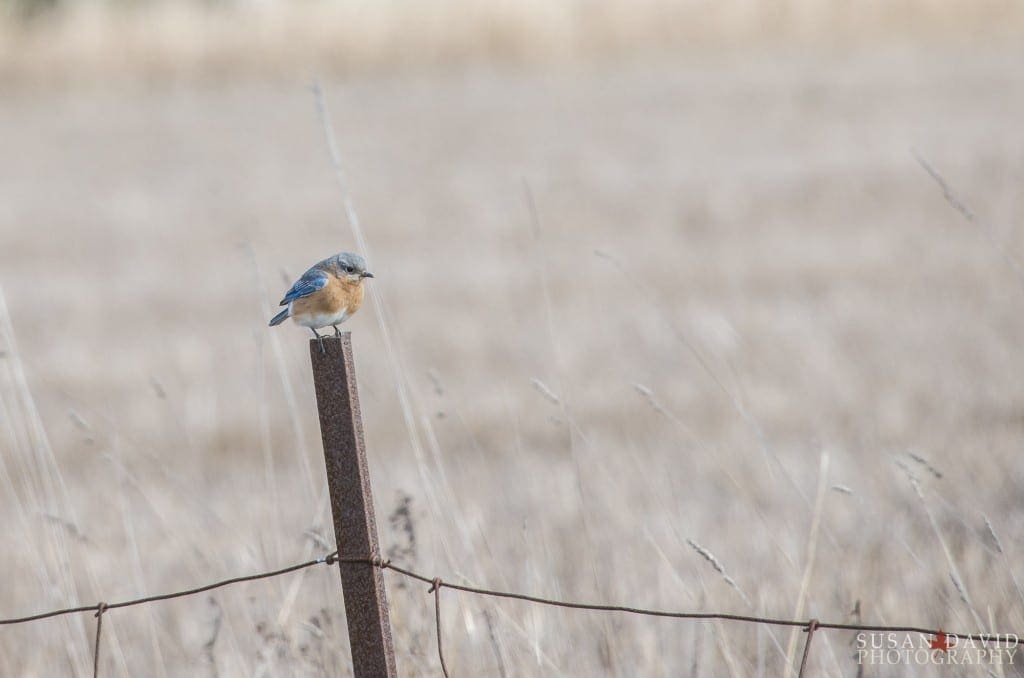 After the first few shots I realized that there were two bluebirds. One female and one male. 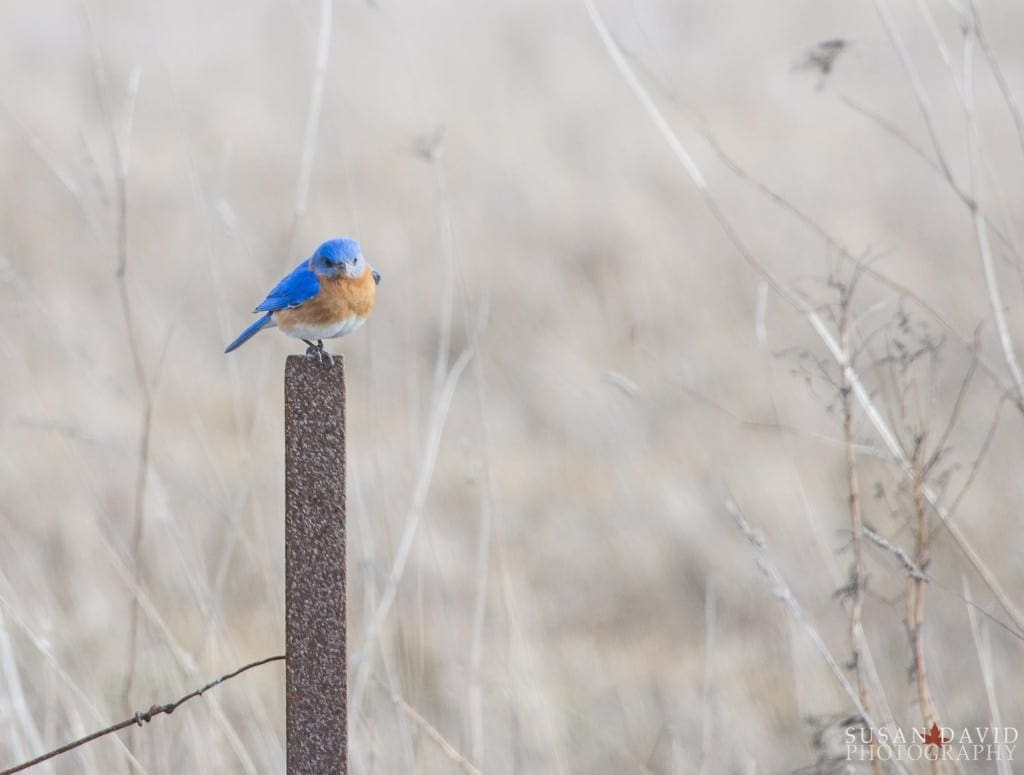 The brighter coloured one is the male of course. It’s important he have the vibrant colour to impress the female. You know us females, we like our boys dressing to impress. We didn’t want to overstay our welcome and stress out the birds too much. It was obvious there was a nest nearby so we got back on the road and headed home.

I had a pre-wedding meeting with some clients this morning in Hamilton and when I left I decided to pay a quick visit to Waterdown falls. The falls was completely frozen over and I found it difficult to find any inspiration. As I stood struggling to decide what to do with the ice in front of me I spotted two Eastern Bluebirds flying around the area.

I was lucky enough to have my Sigma 50-500mm lens with me but was unprepared for the little birds. I crouched and shuffled as close as I dared but they were still out of reach. Perched on a precipice with only the river encased in ice below to break my fall there was no where to get a great angle. 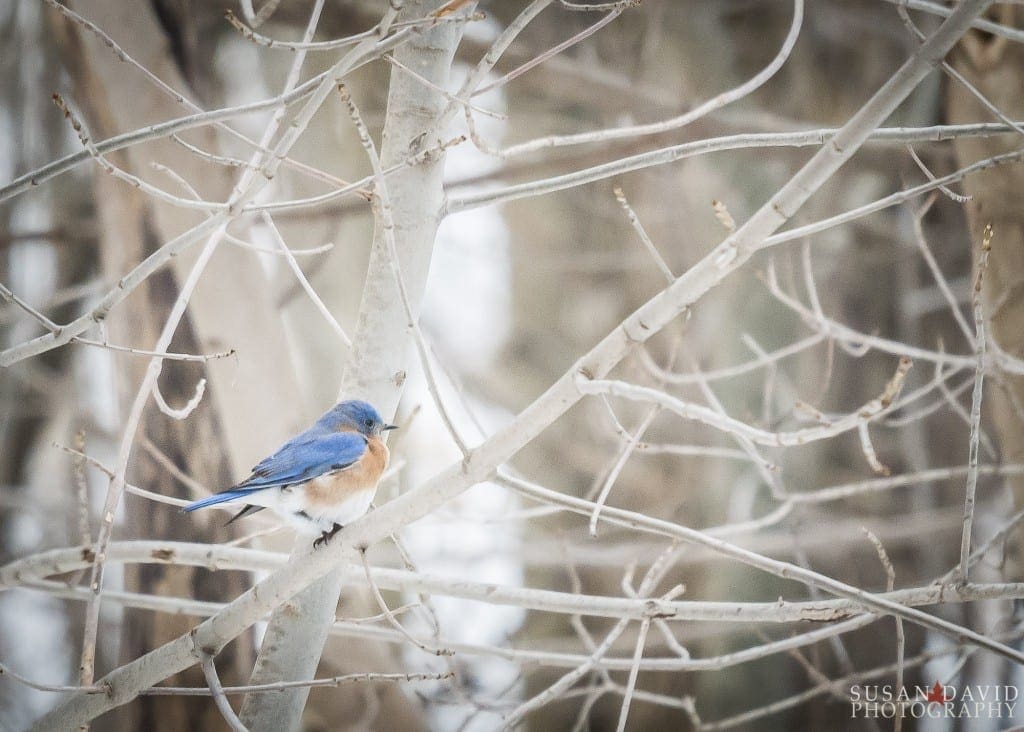 They of course were unhelpful in any way, as birds often are. Every time I decided to get a little closer they flew further away. It was then that I realized I should just call it quits and enjoy their company rather than shoot.  Sometimes it’s best to put the camera down and feel nature enfold around you.